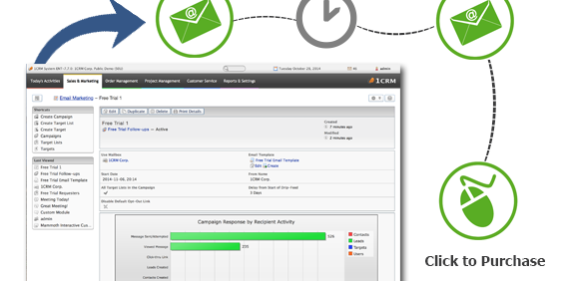 1CRM has a very useful Campaigns module which is most often used for Email Marketing Campaigns.

The basics of a campaign are to –

While this simple approach to a campaign is really handy, some advanced features can make it even more useful. One advance is the Dynamic Target List. While a conventional list is simply that – a list of specified contacts, leads, and targets, a Dynamic Target List just gives conditions for membership in the Target list. A list can include all Contacts where one or more conditions are true, plus all Leads where different conditions are true, etc .., so that as long as Contact/Lead/Target data is maintained accurately, you always know membership in the list is up to date.

This is particularly handy for automatically collecting up new leads into a target lists. Often these leads are themselves added automatically into the CRM via web site lead forms – and it saves a lot of work to have these new leads also automatically belong to a target list based on some property they have, rather than having to wait for a user to explicitly add them to some list of new leads.

Another really great feature in Campaigns is the Drip-Feed Email Campaign variation. In a Drip-Feed Campaign, you can define multiple email templates, each of which will be sent out at a number of days or weeks or months of ‘offset’ from the date that the target was added to the list. For example, you might want to define a Drip-Feed Campaign that delivers different emails on days 3, 7, 14, 21 and 29 after a new lead is received. 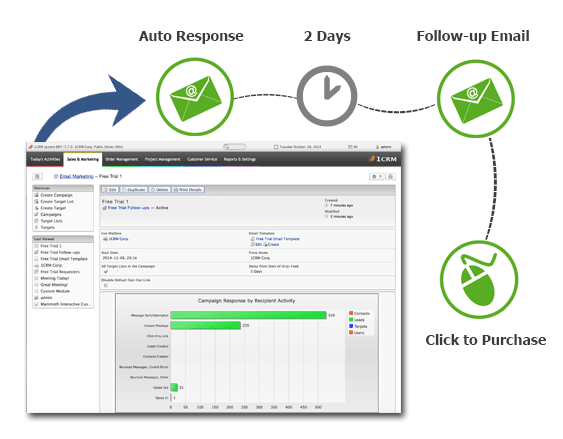 By combining a Web Site Lead Form with Dynamic Target Lists and a Drip-Feed Campaign, you get a completely automated system that collects leads, adds them to a target list, and then sends out a series of timed and personalized emails to the leads. Each lead is added to the list on a different date, but each will receive their emails with the same timing relative to the date they were added to the Target list. This is the most powerful Marketing feature available in 1CRM. It allows you to report on these Leads by their stage in the campaign process, and track conversion rates by the stage of the campaign process – extremely useful capabilities.

Overall, if you are using 1CRM, and not using Drip-Feed Email Campaigns and Dynamic Target lists, you are really missing out!

Suzanne is an independent marketing consultant, in charge of product marketing at 1CRM Corp. Her responsibilities include web design and content, videos, social media, analytics, public relations, advertising, and the 1CRM Blog.

5 Things Your Business Needs to Crush the Competition
November 29, 2018

Getting Your Business Ready for the Holidays
November 22, 2017 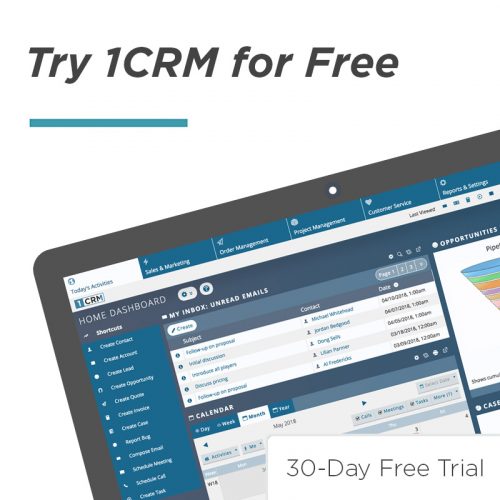